skip to main | skip to sidebar

Back to my greatest pleasure - figure class at the LOUVRE 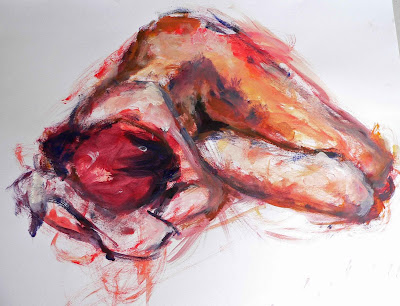 "Camille" was my favourite painting done last year via the figure drawing (or painting in this case) class that I've taken for several years now at the Louvre in Paris.

Not many people visiting Paris know about it but there are public art classes offered at the Louvre in a number of different forms. Most famous is the renowned "Ecole du Louvre", which started off in the late 1800s as a center of instruction related to the Louvre's vast archeology collections but has now evolved in to one of the world's premier sites for Art History education and professional art curator training. Take a look at their beautiful (and multi-lingual) website for a taste of the offerings there.

The Ecole du Louvre also sponsors a series of free evening classes that run each year related to art history themes and are provided on a open seating basis and have art loving Parisians dashing from their workplaces on Friday evenings to get to the doors and stand in line to see if they can snare a seat for one of these packed, deeply appreciated classes, usually combining a lecture and slide show. The first time I attended one of these series, co-sponsored by the City of Paris, which, as one might imagine, has an amazing array of cultural and art related offerings, I was surprized that the course entitled 'Arts and Crafts of the City of Paris', actually started with the first presentation discussing artifacts of the Paleolithic age...! This was one of my earliest experiences of trying to wrap my head around the idea that in Europe the frame of reference really is much older than in North America. Long before a 'City of Paris' existed, there were artisans fashioning tools and ornaments, and, I should have realised that with the profound dedication of the French to the science and study of archeology, the class would go ALL the way back to the earliest known 'arts and crafts'. Nothing if not thorough, that was the beginning of an amazing chronological account, lasting over many months, of Friday evenings in the Louvre hearing and seeing images of art unfolding over the centuries within the confines of what later became the geographical area called the City of Paris. The Ecole de Louvre is particularly famous now for training the museum specialists and Art History professionals who later go one to curate and enrich the vast museum system in France. Full of innumerable riches, The Louve is just one of thousands of museums in France and the world that have is staffed by the incredibly well-educated professionals coming out of this institution. Beyond the three year professional certificate programme for art historians there is also a summer school programme that visiting international, non-professionals can participate in. So if you've ever had a desire to participate in this type of instruction, take a look at the offerings here.

But my area of delight is found in another wing of the Louvre building (can we say 'vast'), that which houses the Musee des Arts Decoratifs. "lesArtDeco" as the French call it, is a treasure trove of everything design related from haute couture to furniture to set design to Guimard Metro station designs. And, don't be fooled, the study of "lesArtsDeco" as a field that produced some of France's finest artists. Rodin, for example, was rejected for admission several times to the renowned Ecole de Beaux Arts, but became the seminal artist of his generation, ushering classical sculpture into the modern age with his passionate, interpretive work that turned the field of art on it's ear when he produced such masterpieces as Balzac and the Gates of Hell. And he was a graduate of l'Ecole des Arts Decoratifs. So, the decorative arts are no poor cousin to fine art in the French tradition, and it is a huge gift, and opportunity, that the Musee des Arts Deco has an open enrollment series of public art classes for both children and adults.

"Les Ateliers du Carrousel", which hosts nearly 2000 students in over 120 courses each year was founded in the 1950s under the auspices of the Museum of Decorative Arts and focuses in on the instruction of that the French call the "plastic and decorative arts". The term 'plastic arts' here means the arts that are made by hand, pliable, if you will - therefore all fine arts such as painting, drawing, sculpture, etc. fall into this category.

Over the years now of life in Paris I have lots of experiences in art classes in a variety of different settings, some of which I will tell you about here in the future, but the day I walked in to my first figure drawing class at the Louvre, I knew I was home. I will tell you more about it was this year unfolds, but right now, gotta go, and quit talking about the class before I miss it. More soon...
Posted by Aliaena at 7:07 AM

Absolutely fascinating, now that is how to hold my attention! Yes please more.....oh, how lucky you are.

Classes at the Louvre...seriously? I'm so jealous; beautiful work! Have a great one!
machelle

Thank you for the connection to the great art of the Louvre. Your work is beautiful.

Aliaena
Paris, France
I feel so cool now... "Being an artist means belonging to a unique, exciting gang of outlaws." Robert Venosa


What is that essence of art, life, and love, for that matter, that shimmers, scintilates, gives you goose bumps and leads to flights of fancy? That essence of things that make you catch your breathe in preparation of offerings of beauty that nestle into our being, delighting us, challenging us, perplexing us? 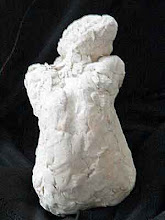 More of my art and photography at:

"Out beyond ideas of wrongdoing and rightdoing there is a field. I'll meet you there." Rumi 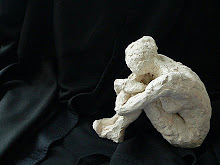 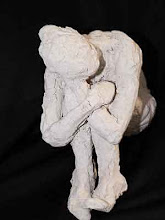 "I can't criticize what I don't understand. If you want to call this art, you've got the benefit of all my doubts."
- Charles Rosin, Northern Exposure, Aurora Borealis, 1990

"Painting: The art of protecting flat surfaces from the weather and exposing them to the critic."
- Ambrose Bierce (1842 - 1914), The Devil's Dictionary

"The painting has a life of its own. I try to let it come through."
- Jackson Pollock (1912 - 1956)
"It doesn't matter if people are interested. It's about you taking your stuff and shouting out into the void."
- Jadelr and Cristina Cordova, Chasing Windmills, 07-11-2006
"It's not your painting anymore. It stopped being your painting the moment that you finished it."
-Jeff Melvoin, Northern Exposure, Fish Story, 1994
"You're confusing product with process. Most people, when they criticize, whether they like it or hate it, they're talking about product. That's not art, that's the result of art. Art, to whatever degree we can get a handle on (I'm not sure that we really can) is a process. It begins in the heart and the mind with the eyes and hands."
- Jeff Melvoin, Northern Exposure, Fish Story, 1994
"Every time I paint a portrait I lose a friend."
-John Singer Sargent (1856 - 1925), quoted in Bentley and Esar, Treasury of Humorous Quotations (1951)

"Art, like morality, consists of drawing the line somewhere."
- G. K. Chesterton, English author & mystery novelist (1874 - 1936)Nothing in the world can take the place of persistence. Talent will not; nothing is more common than unsuccessful men with talent. Genius will not; unrewarded genius is almost a proverb. Education will not; the world is full of educated derelicts. Persistence and determination alone are omnipotent. Calvin Coolidge

Appeal made to artists
First of all move me, surprise me, rend my heart; make me tremble, weep, shudder; outrage me; delight my eyes afterwards if you can. Denis Diderot

Im not an abstractionist. I’m not interested in the relationship of color or form or anything else. I’m interested only in expressing basic human emotions: tragedy, ecstasy, doom, and so on. Renoir

It's a Small World